Confessions of a Female Nerd Introduction

When I was younger, the word "Nerd" produced the image of
Screech from Saved by the Bell.
Scrawny, Smart, Socially Awkward.
In school I was friends with everyone, yes even some of those "typical nerd type" people.
Today the things that can define you as a "Nerd" are more diverse than ever.
I didn't realize the extent of my Nerd-dom until after I met my husband.
I went from that "young quiet punk girl", as someone once called me, to closet Fem-nerd.
I have since embraced my nerdiness and am here to share my knowledge with the world!

Thanks to Google for what I consider to be a flawed definition of the word nerd.

Ha,ha,ha! Apparently a techie is the same thing as a loser.
That's besides the point.
The definition of a nerd has changed, going from a negative connotation, to a positive.
(At least it has in my nerdy mind)
I am going to start a series called, "Confessions of a Female Nerd", where I will share my nerd knowledge, write about fun girly nerdy things, and just nerd out about things that I have come to enjoy as a female nerd. I have come into contact with many fellow Fem-nerds (not to be confused with fem-bots) and I may get some of their input too!
The truth is NERDS ARE EVERYWHERE!
You may come to find out, through reading, that you have a bit of nerd in you too!
See... even Barbie is a nerd sometimes! 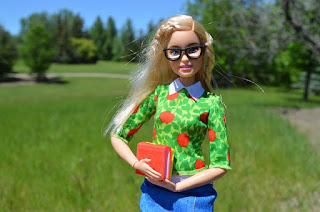